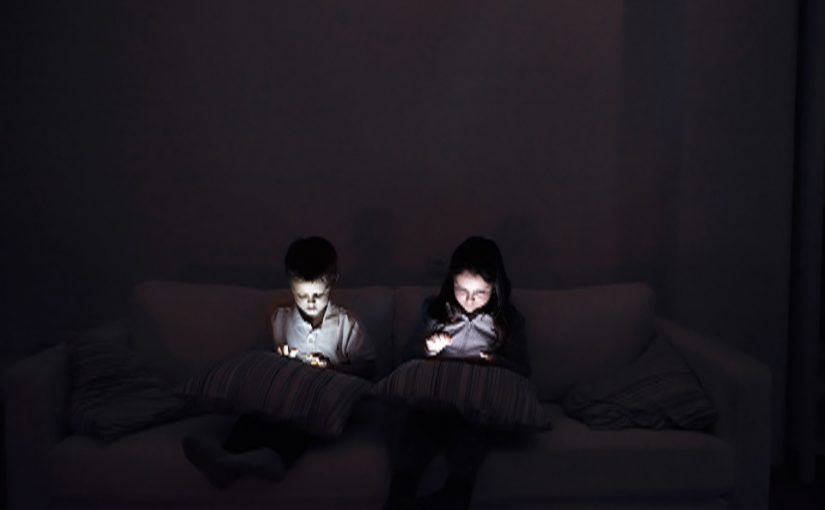 Even if you’re not a parent, you most probably witnessed at least once, how two or three years old children nowadays reached the level of not asking but demanding a smartphone or a tablet for them to use it during the day.

And what most of the parents now end up doing? It’s funny, but they decide to give them their mobile phone or tablet for a few hours so that they could enjoy some peace during that time and do not worry about what their child is doing.

We all know that sometimes child care can be exhausting, but parents should understand that allowing their kid to have several hours of screen time every day may be quite harmful.

According to a study, spending several hours behind screens can hinder children’s language skills. However, what is more important here is that the negative impact can be highly reduced, and you just need to know the way out.

This article lists and discusses how screen time can affect children’s language skills, and what you can do to make those effects less harmful.

What You Might Need To Do To Prevent That Bad Impact

Set limits for the screen time

Just like for anything else, nothing is that harmful when it is used in low quantities.

Doctors say that the most suitable amount is two hours per day, for children above two years. Any longer time may result in language delays for the child.

Although two hours per day might sound just fine, parents happen to find it quite hard to keep it that much limited.

The reason for it lies in the fact that children aged from two to five express great interest towards screens, and parents sometimes fail to satisfy their child’s needs and desires, and the only way out for them seems to be letting the child watch their favorite TV show.

Then they feel like the kid seems happy, and they don’t have anything to worry about, and after all, the child spends most of the day looking at the phone or TV screen. 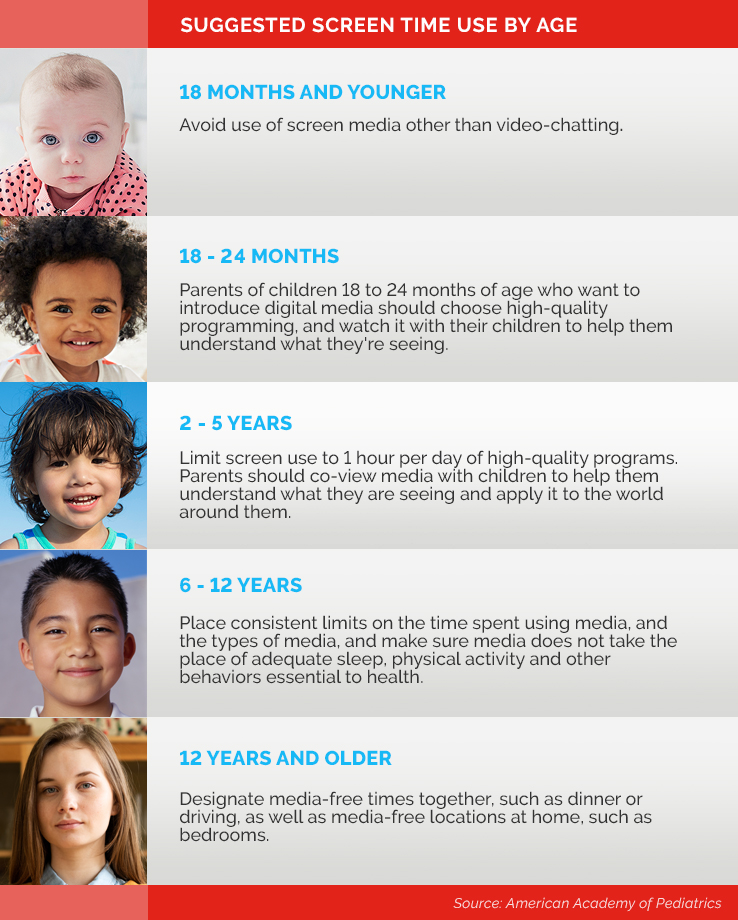 The thing is that it doesn’t matter how much you want to have your rest as a parent, remember to put on some limits because it’s meant for the well being of your child’s future.

Spend more time with your child and entertain them

Yes! There are indeed so many things for you and your child to do in your free time.

Even though we should admit that organizing anything else for your child might take a much longer time from you, but the enjoyment is for sure more than that of TV watching.

Some of the things on the list are reading books, singing songs, coloring a picture, playing in the backyard or garden. After all, you can surely find something exciting and entertaining for you and your child.

Also, with this, you’ll most probably limit the time that you spend on your phone, scrolling through social media, and become a better example for your child.

You know that children at their younger ages are like a sponge, right? They absorb almost everything they see, so limit yourself if needed and try to show them healthy habits only.

Co-view and talk to them

If you find it hard to limit your child from screen time, then the best possible thing that you can do is to watch whatever they’re watching, and make some conversations with them during or after it.

It is widely known that children learn the language best from face-to-face interactions. It would be great if you could hold some conversions with your kid, asking some questions about what they saw or understood from the video or TV show that you were watching together.

Also, mind the fact that you shouldn’t think that a program is beneficial for your child only because it educates you with something. A show, cartoon, or movie should be specifically designed to be educational for children.

Everything for children on the screens is adjusted in several ways to make it easier for the child to quickly grab an idea of what is going on and learn as many new things as possible.

To conclude everything that has been said, remember how much harm excessive screen time can have on your children.

Afterward, you saw that there are quite a few great alternatives to set up your leisure time with your child, right?

So avoid finding any excuses, try your best to put in a little more effort, and you and your child will most probably have better leisure time experience and overall a more healthy routine. 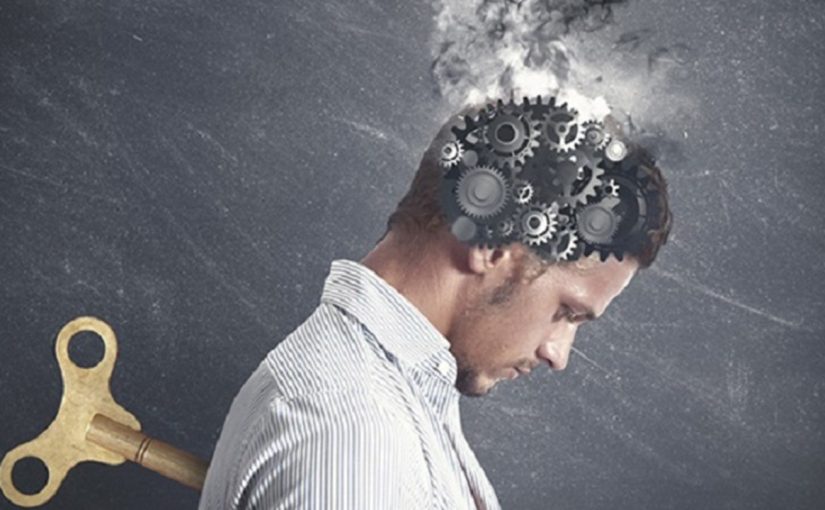 Brain is your body’s control centre. It is considered to be an important part of a system called the nervous system. This not only includes the brain but also a network of neurons and nerves, not to mention the spinal cord. This system is in charge of everything and operates all the muscles of the body. Upon injury occurring to the brain, various things can get affected severely. These include personality and memory changes.

Since the most important part of our body is considered to be the brain, we should consider paying more attention to it through exercises that would strengthen it and allow it to function properly. There are specific habits that would enhance the brain function and others that would damage it.

END_OF_DOCUMENT_TOKEN_TO_BE_REPLACED 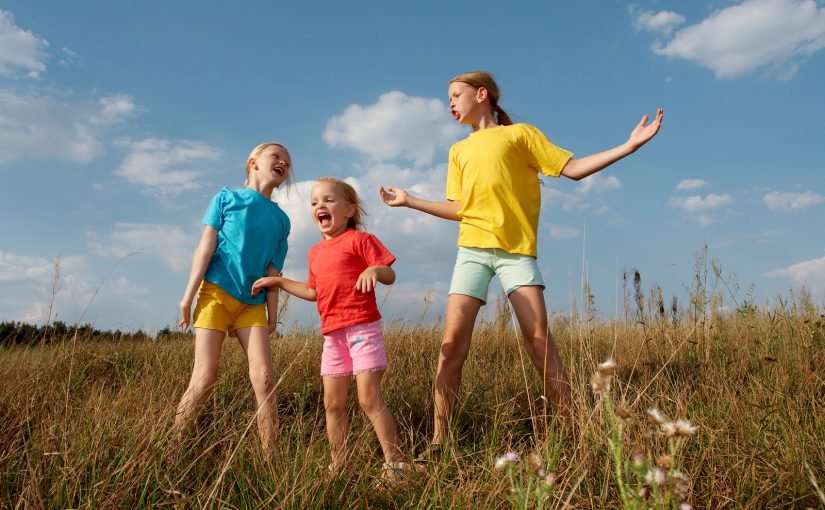 Every child who is born onto this earth has something unique in it. Children are said to be the direct blessings one receives from the Almighty. The reason of sheer happiness in a parent’s life, and for raising a child to become a righteous person in the future, good and healthy parenthood plays a very vital role. Childhood is the most beautiful phase, filled with relaxation, free from the bounds of stress and pressure which engulfs the mind to enter the stage of adulthood.

The foundation for a child’s psychological well-being:

END_OF_DOCUMENT_TOKEN_TO_BE_REPLACED

Have you ever wondered what makes you happy in your life?

The answers that come to your mind must be traveling, retail therapy or a weekend getaway and much more. We all have our definition for the art of contentment in our lives, which is driven by these worldly pleasures.

Is it long-term happiness?

Every time you come back from a beautiful vacation, the happiness you felt goes away within a week. So, what is the driving factor for long-lasting happiness in your life? What is the actual meaning of happiness?

Happiness, by definition, is the state of being happy. At its simplest, it’s all about minimizing pain and maximizing pleasure. Many of the famous researchers and psychologists had tried to decode the theory of happiness.

Let’s dive in and start with finding out the meaning of it.

Happiness is when you feel well in your life. It has been researched in the field of positive psychology by Sonja Lyubomirsky, and she described it as “the experience of joy, contentment, or positive well-being, combined with a sense that one’s life is good, meaningful, and worthwhile.” Fundamentally, it means a certain level of joyfulness when things around you are happening in a more exuberant way than they usually occur. END_OF_DOCUMENT_TOKEN_TO_BE_REPLACED 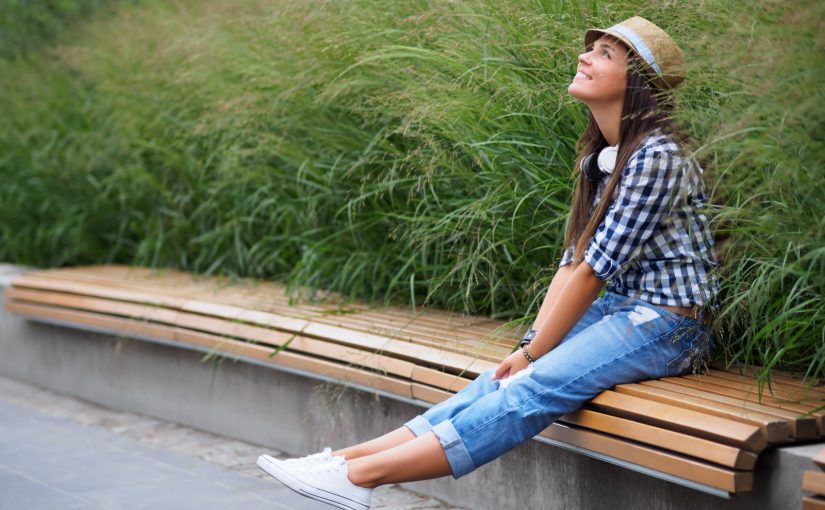 There are many different problems that people face in life. But one of the greatest risks they face is not being happy. Even when there are those fleeting moments of happiness they can be short lived. It is because the majority of people live such a hectic lifestyle. They don’t take the opportunity to enjoy that happiness. Others seem to be in constant search for happiness. But have very little success at finding it. What most people do not realize is that happiness could very well be in front of them. It can be all around them. The sad fact is that they just haven’t discovered it.

Happiness and Your Well Being

So many people suffer from a great many ailments. The average person will complain many times during their life that they generally do not feel at their best. In fact, most people don’t know what feeling at their best is. As humans, many of us tend to take things for granted. People that feel happy tend to feel good. A happy state of mind is a positive state of mind. Those who are happy feel positive about life. It has been proven that those who possess this state of mind may live longer and be in a healthier condition.

It is common knowledge that people don’t want to grow old. There is that constant search for the “fountain of youth”. But people would be much better off searching for their happiness. They don’t have too far to go for this as nature holds the secret to happiness. All of the elements of nature serve a purpose. One of these is to create an aura of peace, relaxation, and happiness. END_OF_DOCUMENT_TOKEN_TO_BE_REPLACED