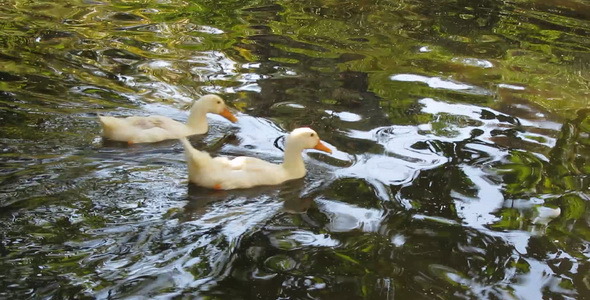 Last night I had a dream.  Actually I dream a lot, quite vivid dreams, often with seemingly coherent plots.  But I’m not here to write a novella, so I’ll stick to the relevant part.  I had left a function at our community hall and was walking along the edge of the nearby pond. A light drizzle had just recently begun, so the trees and bushes were hung with heavy water drops.  Two emerald headed adult ducks and two adolescents, also emerald headed, were setting out from the water’s edge.  In waking life only the mallard drake’s head would wear that shining metal helmet, but the poetic license of a dream cannot be argued with.

They called me to join them, clearly recognizing me as a friend.  Someone else said to me, “Swimming in this weather!” with a “surely not” intonation. I responded from the ducks’ point of view, “They think it’s lovely weather.”  And I considered the possibility of slipping into the water, becoming nearly weightless, with 3 dimensions of movement accessible.  If only I didn’t have clothes on, which would end up heavy, sodden and cold.  And immediately I found myself no long walking along, with a focal point high above the pond, but rather, nestled with my eyes a few inches from the water’s surface, rubbing the top of my head on the bark of an adjacent trunk.  I eyed the water, noticing the thin but perceptible film of greenish scum on the surface.  But once one slipped into the water, the scum would part, and the water beneath, a dim tea green, was translucent and attractive.  It’s true, I could smell a stagnant fragrance, but somehow the fragrance overcame the stagnancy, so to speak.  It was a homely smell, one I recognized.  And I became aware that the reason the ducks recognized me, welcomed me, called me to join them; the reason they had no concern about a clumsy human many times their size splashing awkwardly around them, was because I was now a duck.  Or rather the body I was in, was that of a duck.  I still retained my greater awareness, my ability to understand the human tongue as well as theirs, my ability to stand back and know the difference between myself and whatever body I was currently inhabiting. I knew very well the science of identity, my real nature & my current situation in this world.

Sadly I woke before joining my friends in the duck pond.  Although, in the bigger picture, perhaps it was not sad at all – if I had so dived in would I have made it back to my waking world?  Or would I have become immersed in duck life, forgotten my English, and forgotten my hard own understanding of the difference between myself & this physical body?

This knowledge that I am not this body, that this particular form I am wearing is just a vehicle and tool, that in fact it has no permanent connection with me at all, that I am completely separate from it; this true knowledge from science of identity foundation that I have taken forty years to assimilate to the level of my present understanding, is the undercurrent of my life.  I am clear on the reality of my existence as a non-material spark of life, part and parcel of the Supreme.  And at the same time my vision of the undercurrents of life has increased.  I have been able to choose the undercurrent I wish to be pulled along by, and to ensure that it is a perfect match for me.  So whether I am a good swimmer, or just dog paddling clumsily along, as long as I keep in the right current, I am still going in my best direction.

So my thought of diving into the pleasures of swimming with the ducks was not without danger.  In this case, I think it is safe to say I would have woken from my dream, but not everyone escapes so easily.  Life is far more complex and varied than most of us imagine.

This complexity is captured in the bona fide yoga scriptures or sastras which record historical events for the education of the interested.  Some of these records include situations in which the persons involved have remembered experiences from multiple lives.  The particular situation my duck dream brings to mind is that of a living entity who has a very elevated consciousness & position.  Just as the human form is more subtle and elevated than that of ducks, dogs, or dragon flies, what to speak of bacteria who don’t even know we humans exist, even as they travel through our guts, so there are other bodies still more subtle level than the human form.

This particular person lived on such a subtle platform.  He had an administrative position of great power and responsibility.  You could think of him as being the head of large government department. At the same time, his life was one of great opulence and comfort.  However, he offended an important person and was fired, and not only fired, but excommunicated from his entire society, and given the body of a pig to wear.  And he dove into that body, as I had considered diving into the duck pond.  He completely forgot his past life, and mated with and became attached to a sow, and basically settled into pig family life, eating, sleeping, mating, rolling in the mud.  Meanwhile, back in the world of government, there was an important administrative position empty.  Mr Temporary Pig’s superior wanted him back.  So this superior boss, who had great powers, traveled to where Mr Now Is Pig was living and offered him his position back.  However, when one is in the body of an animal, one identifies as that body, and one has matching desires, so Mr Pig basically said, “Who me?  No thanks, I like it here.  I have my family, my life, my responsibilities.”

The Body is Always Changing by Jagad Guru Siddhaswarupananda

This is why the yogi will never agree with those who say, (Princess Grace of Monaco for example) “I want to come back as a pet dog.  They have the life!”Those in animal forms are so overwhelmed by identification with their bodies that they cannot even conceive of the possibility that this is a temporary vehicle which they will leave one day, nor consider the ramifications of that, such as,“If I am not this body, who am I? Why am I here?” This is the advantage of a human form.  We have the option of standing back and trying to see the big picture.  We might not take that option, but it is there. See this enlightening video from Jagad Guru Chris butler explaining the situation – how one easily identifies himself as the material body.

And I am taking that option, to the level of my current capability, and I don’t want to lose that. So I am glad I didn’t dive in with the ducks!

By the way, Mr Think I Am A Pig’s boss did not take no for an answer.  And once “Never Was A Pig But Thought I Was” had been dragged from the pig body, and reinstated in his rather heavenly position, he was glad he hadn’t been left wallowing in the mud, and more than slightly embarrassed by the whole thing.

Final point:  identifying as an important government man, with power and a luxurious lifestyle, is also a problem, and those currents of mis-identification will still pull you along, until you fully realize your identity as being separate from any material body, gross or subtle, pig or politician, and correctly identify yourself as a spiritual spark, part and parcel of God, loving servant of the Supreme.